Ananda College (Sinhala: ආනන්ද විද්‍යාලය), Colombo, is a national school for boys, with a student population exceeding 8,000 across 13 grades from primary to secondary classes,[1] on a campus of 20 acres (81,000 m2) in the suburb of Maradana.[1] It was established on November 1, 1886, by the Buddhist Theosophical Society led by Colonel Henry Steel Olcott and became a government school in 1961. As of 2013 an academic staff of more than 250 was led by Mr. Kithsiri Liyanagamage. Ananda College is noted as one of the greatest Buddhist Schools within and beyond the borders of Sri Lanka 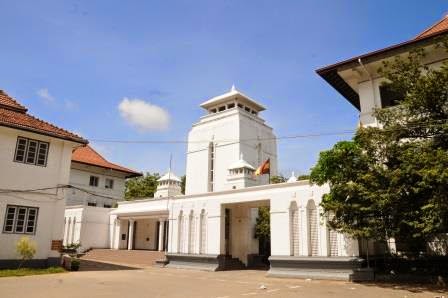 Following a meeting of Buddhists at Pettah, under the patronage of Hikkaduwe Sri Sumangala Thero, an English-Buddhist school was inaugurated at No. 61 Maliban Street, Colombo, on 1 November 1886 by the Buddhist Theosophical Society. C. W. Leadbeaterwas appointed the first principal of "Ananda today". The first session was attended by 37 students.

By the time the school was officially registered in March 1889, there were 120 students. In August 1889, it was moved to more spacious premises at No. 19 Prince Street. That same year, J. P. R. Weerasuriya became the first Anandian to pass the Cambridge junior examination.
In March 1890, the school's proximity to a Catholic school led to controversy—and a move to 54 Maliban Street where further growth ensued, and student enrolments rose to 200 in September 1892 and 270 in 1894. That year, Mr Tudor Rajapaksha donated 3.2 acres (13,000 m2) of land[2] and the school was relocated in the suburb of Maradana. On 17 August 1895, the former English Buddhist School was renamed as Ananda College Colombo.
By 1961, the college had officially become a government school. 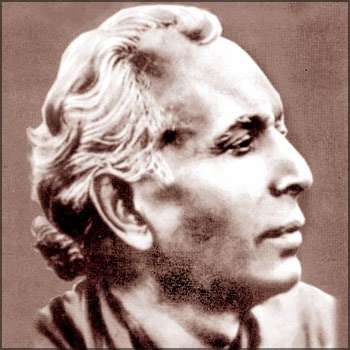 Anagarika Dharmapala (Sinhala: අනගාරික ධර්මපාල; 17 September 1864 - 29 April 1933) was a Sri Lankan Buddhist revivalist and writer. He was one of the founding contributors of non-violent Sinhalese Buddhist Nationalism and Buddhism. He was also a pioneer in the revival of Buddhism in India after it had been virtually extinct there for several centuries, and he was the first Buddhist in modern times to preach the Dharma in three continents: He died on 29 April 1933 (age 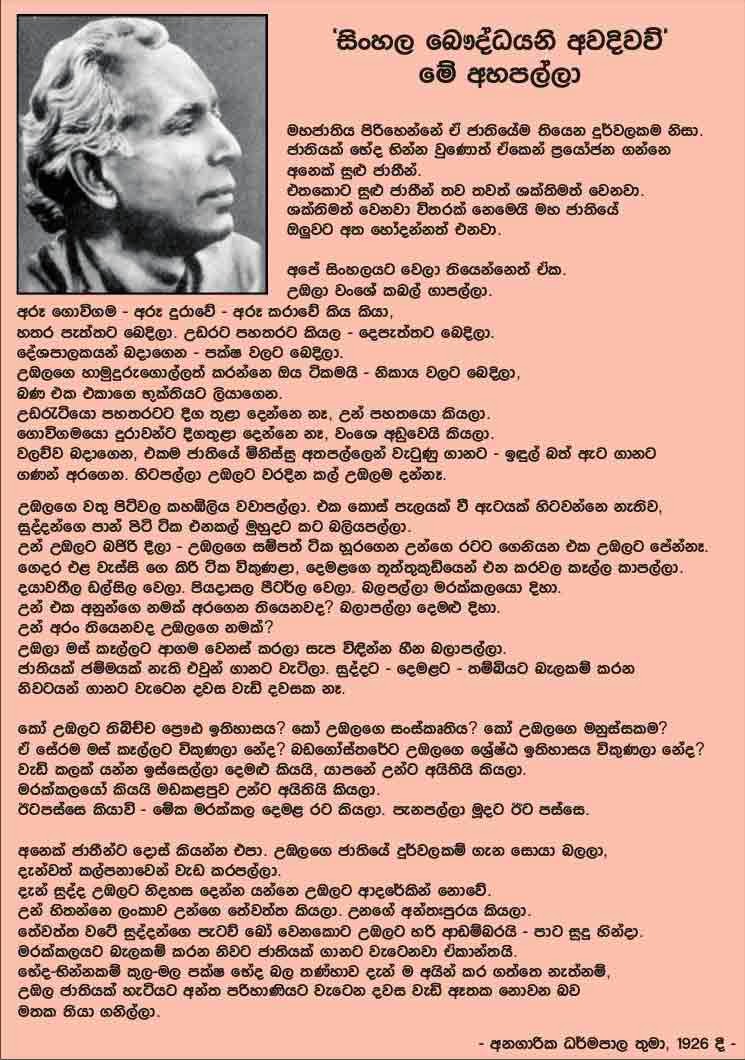 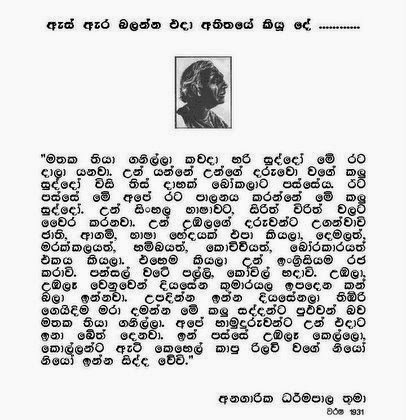